The World of B2B

Creative conversation: When should brands shut up?

You’re a brand. You’re under pressure. If you’re not part of the non-stop social media merry-go-round, you fear you’ll get forgotten. But when should you jump in? Maybe you shouldn’t… In our latest Creative Conversation, we discuss your next move.

When and why should you join the conversation?

Luke Satchell: People will remember or notice bad content a lot more than they’ll notice no content. If you send out five tweets a week saying pretty much nothing, it’s a sure-fire way of getting un-followed. But if you tweet once a week and actually say something people are up for, all well and good. You’re far better off saying nothing when you’ve got nothing to say.

Alex Williamson: There’s more information out there than ever before – and that makes it harder for brands to stay front-of-mind. The audience is constantly flipping between x, y and z.

Trouble is, brands often try to solve the problem the wrong way. I won’t recall the last seven posts a brand sent out just because they were sent out at 9am each day, but I might remember one or two pieces. Alternatively, one brand decided the best way to be part of the conversation 24/7 was to make one big video and make sure everyone saw it. So, they pushed it out at every opportunity and it was too much. In the comments under the video, people were saying things like “If I see this video one more time, I am going to poke my eyes out.”

Of course, you can’t make a new piece of quality content every day, but you’ve got to remember that people are going to be seeing fresh stuff from other brands all the time.

Chris Wall: Brands should only talk to people when they have something interesting to say; filling dead air is pointless. However, when media agencies have huge set ups to pay for, they’ll inevitably prompt clients to post reactive stuff. I think we should tell clients to only do stuff when it really is an opportunity or relevant to them as a brand.

AW: How about flipping the question and asking brands how they can be part of the conversation 24/7? Take Red Bull. Such is the breadth of their activity, they have something to say every single day.

CW: They’ve also decided that if they are going to be part of a conversation, they need to be involved in it at grass roots level. Some brands think they can get away with saying “Oh, we can jump on the coat tails of this and pretend to give a ***k about it for five minutes.” There’s no integrity there.

AW : So where does advertising stop and content start? Could a brand advertise to me 24/7? I don’t think I’d be interested, but if a brand could find a niche and talk to me with content 24/7, I probably would be. Oreo’s Daily Twist campaign worked. They made their biscuit represent what was happening on 100 consecutive days. It was fun.

Simon Fraser: Except everyone knows what an Oreo looks like; they’re tangible. The problem we have in B2B is that we’re not dealing with biscuits. Our job is to talk about Ethernet and 5G and software-defined networking. Plus, there’s a level of seriousness in B2B that is hard to conquer. Many believe it’s inappropriate to be playful in B2B – and that’s just what you need to be in social. That’s how you draw people in.

LS: I agree. It’s impossible to tell an emotional story because the moment you try, the client will get their back up and say “No. We need to take this seriously. This is Our Product.” But you can still make people laugh whilst selling a product, right? People respond to it. It’s much harder to connect with people when you’ve got a straight face.

SF: It’s like having to sit through a secondary school geography lesson every day.

CW: That’s a good analogy. People won’t do it, not when there’s more interesting content out there.

AW: And don’t forget your competition isn’t just other B2B brands, most of whom want to do things with a straight face. It’s consumer stuff that people genuinely want to look at.

LS: You’re also competing with the likes of Salesforce who understand the importance of making an emotional connection and don’t take themselves too seriously. They’ll produce a three-minute video to sell a product – which is basically just an app – but they’ll do it in a funny way. And that helps from a sales point of view. Our job is to try and convince our clients that that this is the way to go.

Being ‘on’ 24/7 also involves being responsive. If opportunities come up, you need to jump on them immediately. You can’t discuss it for two hours and then wait two days for someone upstairs to approve it. The conversation has moved on!

SF: Being responsive requires spontaneity, but you’ve got to empower those at the sharp end. I mean who wants to have to wake up the CMO at three in the morning and ask, “Can I tweet this?”

LS: Absolutely, the person monitoring a conversation needs to have the power to jump in and respond, but they’re often too junior. If you look at Wendy’s, they do social media really, really well. They’ve empowered their people to run with it and they just win every day.

CW: I think you’ll always need to have one foot in the client’s camp and one in the agency camp to really operate social at a decent level.

“In the comments under the video, people were saying things like: “If I see this video one more time, I am going to poke my eyes out.”

How long should a campaign run for?

CW: If you remember the Gold Blend adverts, they were a sequential narrative piece. The story ran for years. Nobody has taken that idea and said “let’s distend our narrative over 15 or 16 months and tell it in 82 small pieces each of which lasts 3 seconds.” I mean it’s not set in stone that you have to launch a campaign with some kind of teaser. Admittedly, it would take a very brave client to do that.

SF: I remember discussing the thought that the traditional campaign is dead because the modern fragmented audience wants everything now – and you therefore have to provide all the types of content all the time. It’s interesting to note that Line of Duty was broadcast weekly – and not made available immediately in its entirety on iPlayer. This helped to recapture that water cooler moment and the joy that comes from everyone watching it together.

CW: Marvel have crafted a narrative over 21 films. There’s a macro trend out there somewhere, basically slowing everything down.

AW: Game of Thrones has been part of the conversation forever, but they haven’t needed to put a piece of content out every day. If you make it good enough, people will talk about it.

LS: This is the issue with thought-leadership. It’s all about trends, which take a long time to develop. And if there’s nothing new to say, everyone ends up saying nothing of interest. It becomes wallpaper.

In the business world, we’ve been talking about digital transformation for about two years, but to what extent are people actually talking about it?

With nothing new to say, it all becomes like wallpaper because people read those two words on a page and turn right off.  You have to come up with a new way of describing it.

SF: I got married in 1993. At the time we had a VHS player and a record deck. Then we got a CD player, then a digital radio CD Player with an iPhone port. Now we have Spotify, two Sonos speakers and Apple TV. This is not all part of some 25-year domestic digital transformation strategy, our kit has just evolved as new products became available. I think the same is true of businesses. They’re looking at a bit of their kit and asking if there’s something better out there. But what is the priority?

LS: That’s the point at which you need to talk to them which means you need to be in their face all the time. You’ve got to be there at the precise moment they make their decision.

SF: So apart from always producing content that is absolutely brilliant, how do you stay front of mind with your audiences without boring the pants off them?

LS: By making an emotional connection and building trust.

“This is the issue with thought-leadership. It’s all about trends, which take a long time to develop. And if there’s nothing new to say, everyone ends up saying nothing of interest. It becomes wallpaper.”

SF: There’s also the relationship between value and price. For example, if you order a white Americano and somebody operates a huge Gaggia machine in order to create it, you’re going to attach a greater value to that coffee than an identical coffee delivered simply by a man who puts a mug under a nozzle and pushes a button. The coffee – and the price – may be identical, but the value is different.

CW: It’s crazy, but I agree. If a piece of content entertains or informs me – it offers me more than I expect – I will regard it as a better experience.

When it comes to social, it’s often an afterthought. Clients tend to demand a big brand campaign and then have it divided up into bite-size pieces that can be attached to tweets or social posts. It’s possible that campaigns would be more effective if they were planned the other way round, i.e. start with the niche stuff and work towards the big messaging.

AW: There are definitely two schools of thought. It can be all about hero content and doing big things less frequently, or a little and often. One of my bosses used to say “I need to give my consumers a kiss every night.” I think you have to have a balance of big grand gestures and regular points of contact.

SF: And if you have a strong relationship with a brand, you don’t mind the regular communications, even if they’re not strictly relevant. I get regular emails from John Lewis. Some are more relevant than others, but they all serve to reinforce the breadth of the brand.

However, when things have gone wrong, they get it sorted.

AW: The consumer has so much power nowadays. They decide what they’re going to watch. So, we ideally need to get briefs that ask “What does the consumer want to see?”, “What will interest them at this stage?” rather than jumping straight in with information about the product. Because if you always say “No, we’re just going to talk about this product regardless of what you want…” they are just going to respond and say “Why should I care?”

SF: So, have we come to any conclusions?

LS: If you can’t say anything that’s of value or engaging, don’t bother.

Now, that might sound like an obvious note on which to end, but how many companies are ignoring such advice? If B2B brands stripped out all the clutter from their social feeds, not only would they save a lot of drafting time that could be used more effectively elsewhere, they would also vastly improve the experience for their followers. Any steps that improve the value of content on social media are to be encouraged. After all, less is more. And when everyone is doing the same thing, surely that’s the very moment to do something different. 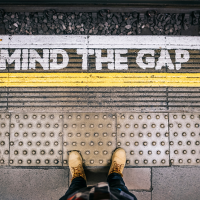 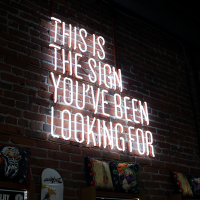 In advertising, what’s the best way to get your ...

How B2B marketers can build value for their organi... 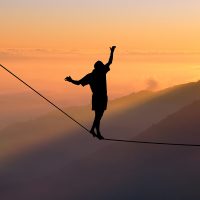