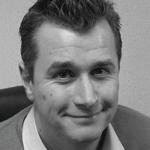 Want to be more creative? Step away from your desk

Last week, Ogilvy held another successful Nudgestock – it’s annual festival of all things behavioural science. When I saw the name John Cleese standing out from the stellar line-up of speakers, I knew I had to tune in, because:

As you’d expect, the talk was lively, interesting and, thanks to him dialling-in from his balcony in the Caribbean – with palm trees swaying in the background – also quite exotic. And it offered up more than a handful of hints and tips (many of which I actively use in my role as a creative). So, I thought I’d pick out the 5 things I found most useful.

Being creative is not like trying to solve a maths problem. There’s no one right answer. And simply staring at a blank piece of paper probably won’t get you to the solution. So, if the ideas aren’t coming, stop. Go and distract your brain with something else. Make a cup of tea. Throw darts at a board. Walk round the block. What you’ll find is that your brain keeps working unconsciously, even though you’re not actively thinking about your work. “I began to realise,” says Cleese, about his own creative process, “that my unconscious was working on stuff all the time, without my being consciously aware of it.” When you get back to your desk, chances are inspiration will strike and your creativity starts flowing.

Cleese is a big advocate of what he calls ‘play’. What he means is working without too much structure, or as he says: “Just being playful and playing with ideas.” Simply see where ideas take you. Let yourself go off in unexpected ways. And if it helps, just mess about for a bit. Talk nonsense. And if you’re working in a creative team, make sure you’re having fun. From my own personal experience, if my creative partner and I are laughing, we’re usually onto a good thing. If we’re quiet and serious, we’re nowhere near.

“My unconscious was working on stuff all the time, without my being consciously aware of it.”

“The most devastatingly destructive thing when you’re trying to think creatively is interruption,” says Cleese. When you get interrupted you lose your train of thought, and it stops you from getting to all those potential ideas you might have been about to reach. So, you need to create boundaries of space and time. Somewhere you have the peace and comfort to sit and think, and tap into your unconscious mind. And somewhere people won’t come and bother you.

When you’re thinking up creative ideas, it stands to reason some of them are going to be stinkers. But that’s all right. It’s all part of the process. You have to get all the rubbish out in order to get to the good ones. What you can’t do is start criticising yourself too early on. “You don’t know if an idea is good or bad until you’ve followed it through,” says Cleese. “If you start getting critical too soon, you’re going to kill the creativity.”

So, get all the ideas out, then start sifting until you find the nuggets of gold. Having worked on many creative projects, in various jobs, I’m all too familiar with the walls of post-it notes containing ill-conceived, dreadful ideas. But there’s almost always a good one in there somewhere.

5. Don’t beat yourself up

Creativity is unpredictable. You never know when inspiration will strike – or when it will leave you in the lurch. As Cleese says, “Some days things will come and some days they won’t. The days that it isn’t coming is preparing yourself for the days that it will.” You just have to accept that and get on with it (yes, easier said than done when you have a 5pm deadline). So, if the ideas just aren’t flowing, don’t beat yourself up. Reassure yourself that the ideas will come. And refer to point 1.

A final thought: everyone is creative

It’s important to state that, when talking about being creative, we’re not just talking about the part of the job usually done just by ‘the Creatives’. Everyone can be creative. As Cleese says, it’s simply about finding new, creative ways of doing things: “Wherever you can find a way of doing things that is better than what has been done before, you are being creative.”

So, no matter what you’re doing, or whatever creative problem you’re trying to solve, think about the points above. And if that still doesn’t help, go and make a cup of tea and let your unconscious mind deal with it.

Read more about being subconsciously creative from our Creative Director Clare 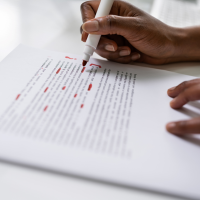 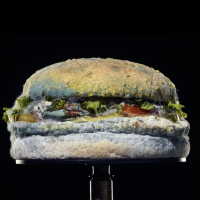