The new equation: B2B minus F2F

Imagine for a second, you’re in the midst of a military operation, and most of your communication lines were suddenly cut. Well, that pretty much parallels the dilemma most B2B businesses are facing in 2020.

Because historically, and for complex reasons, the majority of business to business communication until now has remained stuck in the analogue era of face-to-face communication: it is a world of conferences, events, trade fairs, travelling salesmen, exhibitions, networking events and countless large and small personal meetings.

Yet all of these, except for perhaps the smallest of meetings, aren’t going to be happening with any frequency for perhaps a year. What brand wants to be known as the source of a new outbreak, or the ground-zero for a superspreading event? And who, now, now the world has undergone a crash-course in Zoom, Teams and Webinars, would dream of hosting a conference without also live-streaming it online?

This is both a big problem and an even bigger opportunity.

Now, I know it’s something of a cliché in business circles to refer to all crises. as being opportunities in disguise. Apparently, the Chinese ideogram for “crisis” is made up of two symbols which mean “Pain in the Butt” and “Par-taaaaay!” Or something like that.

But in this case, I think there’s a little bit of truth behind it. Let me explain.

At an internal level, many of companies have been forced by COVID to allow their employees to work remotely, and in consequence have come to the surprising realisation that this new state of affairs brings with it some costs but even greater benefits.

In fact, according to new research by LinkedIn, some 51% of B2B marketers cite “working from home” and “more flexible working” as one of the greatest positives to emerge from the crisis. And 42% of marketers overall add “the opportunity to attend a wide range of online events” to the tally of positives.

We should think of 2020 as, if nothing else, an enormous, forced experiment in new modes of engagement. Yes, I know, businesses always talk about the importance of experimentation, even in perfect times: but let’s be honest, under normal circumstances, businesses are really rather bad at it.

Businesses are great at adaptation – when they have exhausted all other options.

This time it’s different. People have experimented because they knew that they had no choice. And amongst the many difficulties, we have discovered many gems. Videoconferencing meetings aren’t the same as face-to-face meetings, true. But what we never anticipated was that, on some respects they are better. A wider group of people can attend when there are no constraints on space. There is never a shortage of online meeting rooms. In some ways the meetings are more fluid and less hierarchical. Internal communication has in some respects miraculously improved, and with it creativity and productivity.

And why should the same unexpected benefits not emerge in external communication as well?

A few months ago I wrote a paper for LinkedIn called The Objectivity Trap, suggesting that business decision-making had become so mired in the pretence of pure, instrumental efficiency that it had created a model for decision-taking which was creatively limiting. The only actions which were allowed were those in pursuit of a predefined single goal, with pre-existing evidence of likely success, and where perfect measurement was possible in retrospect. This, I argued, made it almost impossible to experiment more widely since, by definition, there is rarely any evidence in support of doing something significantly new.

What never occurred to me until I had seen the longer term effects of COVID on working patterns was that businesses overreliance on face-to-face contact was part of the same problem. The existence of videoconferencing and online webinars has been widely known for a decade or more. But businesses until now had simply been too risk averse to experiment with them in any significant way.

Face to face is the traditional way of doing business. It has become a default, expected norm. But isn’t terribly efficient. It involves large amounts of travel-cost and swathes of unproductive travel time, only to reach a meagre audience of one or two people at a time.

TV audiences have a cost-per-thousand of perhaps £50. For face-to-face meetings it is at least £50,000. And that’s just the cost of a taxi.

When you reach those audiences through online video, yes, there are disadvantages. But an awful lot of constraints disappear as well.

Let’s say you hold an online conference or webinar, to replace what was once a physical event. Well, it’s absolutely true the level of networking won’t be as exciting as it was before. There won’t be quite the same level of personal connection.

But the numbers aren’t restricted either. The marginal cost of extra attendees is pretty much nil. You are no longer confined to restricting attendance by seniority. Nor need you limit the number of your own staff who attend. A LinkedIn Live streamed conference in the last three weeks turned a 500-seat conference into an audience of 120,000. Too large for an NFL stadium. And the catering costs were nil.

Well, there’s opportunity in those extra numbers. No, they aren’t formed of the perfectly selected, micro-targeted audience you are used to, but that may not be a bad thing. You can reach not only your current prospects but those who will be your prospects in five years’ time. Not only your current staff but your potential recruits. The money you once spent on airfares can be spent on keynote speakers.

When life hands you lemons, add them to a gin and tonic.

The genius of businesses its capacity to adapt, but very rarely does it do so voluntarily. Instead, it only responds creatively when confronted by unexpected, often unwelcome events.

Is COVID the moment when, of necessity, B2B marketing wakes up to digital transformation, rather than digital replication of analogue conventions?

Let me explain. Basically, there are only two strategies in the world:

I think in evolutionary biology, this factor is called K. High K creatures have very, very few offspring, but invest enormously in the care and nourishment and development of each. And then there’s the low-K tadpole approach, which is you basically spray your DNA all over the place, and hope some of it survives.

Now, obviously, it’s a continuum. It’s not all one extreme or the other. But there’s an inevitable trade-off between extraordinarily focused attention directed towards a very, very narrow area and a more broad scale approach where you place a variety of bets and hope some of them come good.

And in times of uncertainty a lower-K approach pays off better.

These are times of uncertainty.

Now, I think it’d be easy to say that B2B marketing, unlike consumer marketing, for a long time has been at the very far extreme of that high K spectrum. You focus inordinate amounts of attention on those very few people you know might be valuable to you. The minimisation of wastage is seen as a proxy for effectiveness. Success is mostly pre-planned.

Does that high-K approach work so well in times of change. Ask nature. The answer’s a definite no.

I’d like to suggest that it wouldn’t do any harm for B2B marketers now to go wider: to experiment with wider audiences, particularly in digital media where a large audience costs no more than a small one. A probabilistic scattergun approach might well be shown to deliver better longer-term outcomes than a narrow focus on targeting pre-defined audiences.

Because in the digital age, let’s face it, the cost of talking to a million people, may be no greater than the cost of talking to 10. The marginal cost of eyeballs in zero. So, does it make sense to be so obsessively focused on narrowly defining whom you communicate to, when you can define your audience as “anyone in the world who is interested in what we do”.

So perhaps this COVID crisis, in temporarily depriving B2B of F2F, will force new discoveries to be made. And one of those discoveries is simply that, especially at this time, it may pay to be more widely famous than a narrow, instrumental definition of your prospect-base would suggest.

Peter Weinberg of LinkedIn explains why it pays to take a wider, more probabilistic approach to B2B marketing. In a fabulous article entitled Quantum Marketing he explains:

We see this quite clearly in our data. At LinkedIn, we probably have the best career pathing data on the planet. And what we see in our data is that every four years, around 40% of our members change their industry, seniority, function, company size, and company.

So those marketing directors you want to reach? Well, the marketing directors of tomorrow work somewhere else today—at an agency or in an ad sales role. That IT manager? Right now, he’s just a junior IT specialist. That CFO? She hasn’t gone in-house yet; she works at a bank. People change jobs over time. That’s a simple truth that matters in B2B. It’s why hyper-targeted B2B tactics, including some forms of account-based marketing, are, by definition, not capable of driving long-term growth. Hyper-targeting is short-term because it excludes future buyers.

To be clear, I’m not saying you shouldn’t use any targeting. You need targeting. Not everyone is going to become a marketing director (surgeons, for example, rarely become marketers). But you need to target anyone who has a decent probability of becoming a buyer. So, don’t use LinkedIn to hyper-target CMOs. Use LinkedIn to identify and reach future CMOs. In short, target current buyers and future buyers at the same exact time. That’s quantum targeting.

I always argue that there’s a different way to defend advertising and marketing, one which nobody ever uses, because we’re too tightly in thrall to the cult of efficiency. It’s the simple argument that the main value of self-promotion is not in achieving narrow, predefined strategic goals…. but simply because it increases the surface area of your exposure to future good fortune, often in ways which are impossible to predict in advance. The low-K approach to getting lucky.

I think the latter might be better. Why? Because great creative work can do more than simply reach recognised customers – it can create them.

Perhaps your B2B communications are now so narrowly targeted towards one segment that they have become a self-fulfilling prophecy. You confidently assert that all your business comes from one sector: but how can you be sure when no one outside of this sector is even aware that you exist.

One B2B company I came across, selling security apparatus to law enforcement professionals, was aghast to discover that the largest market for handcuffs lay outside the criminal justice system.

A little broad-scale targeting may appear wasteful – until it reveals a completely new source of business that you would never have anticipated. So, as with K, there’s trade-off between knowing exactly what you’re doing and focusing on it with laser like intensity, versus going a bit broader and seeing what transpires. I think you need both. But perhaps B2B does too little of the latter even in good times. In unstable times, it’s definitely true.

In this case, perhaps necessity is the mother of reinvention.

Interested in finding out more? Click here to learn 6 ways that B2B marketers can use digital to replace face-to-face.

Read another article from Rory : Plan to be random in 2021 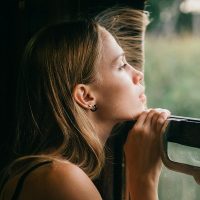 Without our colleagues to distract us, where will ... 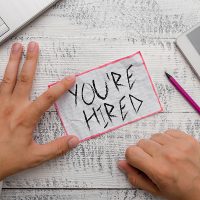 Three of our newest recruits tell us about their e... 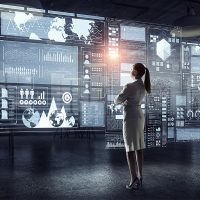 How technology and an agile approach can help busi... 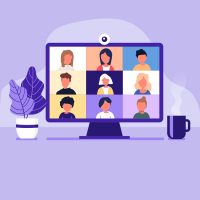 Now that sales demos and face-to-face meetings are...