The World of B2B

On leaving the big guns at home

In February 2018, KFC ran out of chicken, prompting its agency, Mother London, to come up with their award-winning ‘FCK’ apology ad (which incidentally features in my colleague Al Puddick’s most recent blog, also available on this website).

Alas, I don’t know exactly who it was who spotted the serendipity that came with moving a K two letters to the right, as the D&AD awards page lists a five-strong creative team behind the ad: two Creative Directors, two Executive Creative Directors and a Senior Designer. Presumably one of them wrote the words. Whoever it was, hats off to you.

Al mentioned this ad in the context of humour; my reasons are a little different.

I am currently reading Swearing is Good For You: The Amazing Science of Bad Language, by the neuroscientist Dr Emma Byrne, and it’s got me thinking about the power of language in marketing and whether a slightly extended vocabulary could make us more persuasive. KFC’s ad is an excellent starting point.

Now I should say that none of which follows is designed to undermine Mother’s ad or the people who made it. I just want to try and analyse what’s going on.

I think we can safely say that Mother’s ad wouldn’t have been nearly as impactful if the resultant three-letter headline had been a little softer. ‘Poo’ and ‘Duh!’ might well be appropriate responses to an unexpected chicken shortage, but they lack the emotive power of a thinly disguised f-bomb. John Pearce, founded of CDP, said that advertising should be inspirational, enterprising and, most of all, noticeable. Putting FCK on a chicken bucket is most definitely all three.

Fortunately, KFC just happen to have a three-letter brand name that can be adjusted to create something that looks like a swear word. Kentucky Fried Chicken may have been known colloquially as KFC for years, but it was only in 1991 that the company officially adopted the name. Lucky Mother. If the company was still known as Kentucky Fried Chicken and there was no KFC logo, I doubt that anyone would have come up with the ad.

In fact, KFC are perhaps the only brand who could have pulled off such a trick. Faced with a similarly embarrassing problem, HBO might have run OH, B*******! and Nike Training Club (NTC) could have run CNT, but that’s as far as I get. Any suggestions? Let us know.

And let’s not forget French Connection’s rebranding as fcuk in 1991 after Trevor Beattie spotted the initials on a piece of internal company correspondence. Cue a big campaign and lots of controversy. All because of a word that looks like a swear word but isn’t. Some people were offended – some even boycotted the retailer’s stores – but as they weren’t fcuk’s target audience, it mattered not. During the 1990’s, French Connection did very well thank you.

It’s all about the power of suggestion. Actually using swear words in B2B marketing copy is unlikely to happen soon, although some of our much younger readers may see it come to pass. After all, not so long ago ‘blast your eyes’ would have been deemed unprintable.

In a blog for the CXL Institute, Shanelle Mullin asked the question Does Swearing in Copy Make You More Persuasive? Inevitably, her conclusion is swathed in caveats. It’s all about treading lightly, tentative testing and knowing your audience. The last of these is an interesting one as, in my experience, the workplace is an environment where swearing is quite common. It’s good for bonding and team building. I definitely swear more at the office than at home—I suspect many people do while they’re in a child-free zone—and yet it is B2C marketing that has traditionally allowed itself a more relaxed tone of voice.

So, is swearing appropriate in B2B marketing? I suspect not. I can’t think of any brand who might be willing to give it a go; the risks of offending people are too great. As a consequence, it falls to the writers to come up with copy that eschews swearing but is just as ***king persuasive. 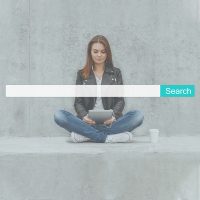 Stats and trends around the dark arts of search an... 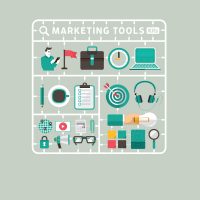 9 B2B tools everyone should be using.... 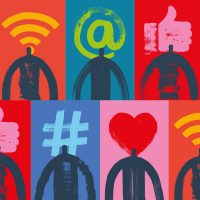 The first in a series of top ten facts you never k... 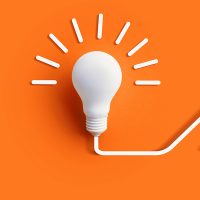