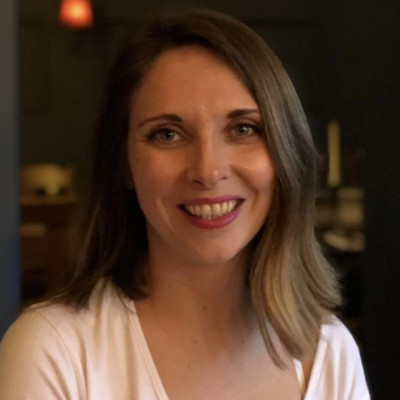 Lessons from legends: A conversation with Björn Ståhl

The best conversations often happen in the most unassuming of circumstances. In this case, it was over a lunch of day-old pasta.

I was sitting with Björn Ståhl, Executive Creative Director at INGO, wondering how to make the most of my thirty-minute break. I wanted to really get as much insight from the incredible creative mind sitting across from me as possible.

Many of you will be familiar with Björn’s work already. He’s been responsible for some pretty phenomenal, highly recognisable campaigns, including ‘The Swedish Number’ and the ‘Mouldy Whopper’.

As we sat there, the microwaved meal steaming on the table between us, I couldn’t help but launch into a series of questions. Of course, I didn’t want to spoil his lunch, but I couldn’t just let the opportunity pass me by, either.

Q. How do you make memorable work?

He told me that he begins by ditching dozens of slides of strategy.

It may sound dramatic, but he was adamant that it was focusing on core ideas that really makes the difference.

Forget, for the moment, about writing headlines. Don’t even consider social posts, manifestos or scripts yet. Instead, just try to find the gem that sits at the heart of it all. There’s always one to find.

Then, Björn explained, take those gems to the client, throw them around, combine them with other gems. Once this collection of bright ideas receives feedback and buy-in, that’s when you really start to polish them.

Though I didn’t really want to think about rotting food over lunch, Björn offered the Mouldy Whopper as a prime example.

It was that image of a Whopper burger – slowly growing all-natural fuzz, turning green and disintegrating before our eyes – that was the initial gem. From that single idea, a whole campaign of socials, advertising and more emerged. Naturally, like the fungus on the burger.

Neither The Swedish Number nor the Mouldy Whopper started out with headlines or scripts. Björn said it’s important to share our gems with clients sooner, then see where they can go.

Q. What do you do with a great idea?

Björn told me it was important to focus on the brief, find the ones with potential, and push them as far as they’ll go.

“Go all in,” he told me. “Put the teams on it. Be brave at the client meetings.”

Björn admitted he had been nervous before presenting the Mouldy Whopper to a packed room in Miami (where he’d only been expecting one or two people), but he knew this brief and his gem of an idea had potential.

In the end, despite it going against all the rules of advertising, he got an amazing response and sold the idea on the spot.

“Can you imagine the buzz?!”

Q. How do you inspire great people?

Björn’s simple answer was “hire ambitious people and leave it to them”.

He said you should always aim to be a friend and to offer guidance. But importantly, their ambition shouldn’t need refuelling, just a little direction now and then.

Björn referenced Sven-Göran Eriksson – Swedish, of course – as a great example of a supportive coach. No aggression. No dominance. Just friendship, support and belief. And that’s taken his football teams, and his own career, incredibly far.

Wrapping up the chat

And so, with the leftovers demolished and the lunchbreak almost over, I reflected on the lessons this creative legend had given me:

And so, I got back to my own desk feeling a little more enlightened. Thank you, Björn. 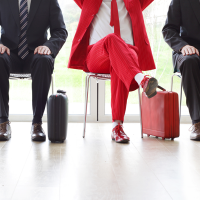 Top tips for an engaging and memorable B2B video f...