Is your voice(over) powerful enough?

As a copywriter, I get to play around with words every day. But there are some things you just can’t put into words. Or even into pictures.

Some things just need to be heard.

One of the earliest adverts I recall is one for Clarks shoes. It featured a young girl who transformed into a princess, with help from her ‘Magic Step’ shoes. But it wasn’t the princess and pixies that piqued my interest. Nor her pretty dress. Nor the shoes. What stuck in my mind most was her cut-glass accent. To me, that was the enchanting bit.

You see, voices and voiceovers (VOs) are important. Really important.

Sure, you can craft a great script, nail the art direction and throw money at a production. But, why bother if you’re going to heavily dilute it all with a mediocre VO?

There’s a reason More Than insurance built a whole campaign around Morgan Freeman’s iconic voice. Only, it wasn’t actually his voice. It was the voice of Josh Robert Thompson – a very talented impersonator and, subsequently, the star of a whole host of ‘More Than Freeman’ advertising. At its simplest, it was a campaign built around the notion that Morgan Freeman is a much-coveted voiceover artist. A ‘weird’ idea to many. But, whatever your views: it got noticed. People listened, they engaged – and they took to Google in their droves to discover the truth behind the voice.

While the success of the meerkats is down to much more than just a voice, you can’t deny how important a role those voices have played – the distinctive accents, the broken English, the shrill pitch, the humour, the charm, the emotion. It’s thanks to all that, the meerkat characters became just as appealing in a radio ad, as they were on our TV screens. In fact, you can even download your own Aleksandr ringtone (there are over 30 to choose from, can you believe?)

And what about all those mouth-watering M&S food ads from earlier in the decade?

Once again, the brand proved that using voice creatively can deliver great standout.

So, you might be wondering: how do these examples apply to your B2B brand? You don’t really make TV ads. You don’t do much radio. And you certainly don’t have a Morgan Freeman-sized budget to throw at your next campaign. Well, that doesn’t matter.

You see, it’s not just advertising where voices can positively impact your brand image. The same principles apply to everything, from recruiting your telesales advisors to creating online sales or how-to videos. (The same applies to reading bedtime stories to your kids, by the way.)

So, maybe it’s time to throw the rule book out the window. Don’t go straight for the middle-aged, mid-Atlantic VO guy who’s voiced eight other B2B videos, because he “sounds trustworthy” and a bit like your target audience. Because if the above brands had followed those rules, their great campaigns really wouldn’t have been quite so great after all.

Instead, here’s my advice: next time you’re looking to cast a VO, invest the same energy, passion and consideration that went into the script. Don’t just play it safe; be creative. That doesn’t mean you have to be obscure or hire a big celebrity. It just means you should give your words a bit of personality (and in the B2B space, that’s never a bad goal).

In short? Start giving your words the voice they deserve. Because who knows where that voice could take you.

Letting creatives get hands-on with what they're t... 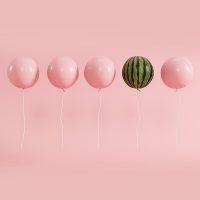 Why playing it safe is absolutely the wrong thing ... 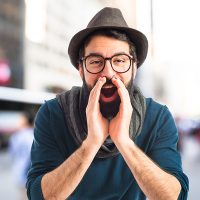 Tone of voice is redundant if you have nothing to ... 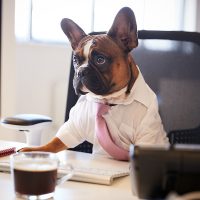 We all know humour is a great tool for marketing a...